I Wish My Life Was an RPG: Interview with Ashphord Jacoway

The other day, we mentioned an awesome Kickstarter by Ashphord Jacoway for her one-woman show I Wish My Life Was an RPG. I’ve seen the show a few times, and it is AMAZING, so I jumped at the chance to interview Ashphord about this latest iteration, which will be performed at the renowned Hollywood Fringe Festival. Oh, and if her name sounds familiar, you may have seen her on season three of The Tester. 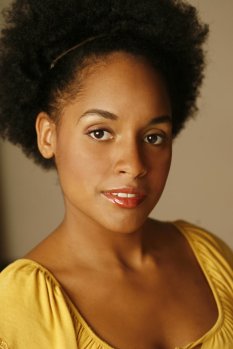 1.) What inspired you to create this show?

When I was in college, I took a solo performance class with my teacher and inspiration, Dr.Tawnya Pettiford-Wates. We were asked to bring in material that struck us emotionally and that we were passionate about. I thought of my love for gaming and anime first, and that evolved into an idea – I would discuss life as a female gamer. I had found the passion aspect, but it felt like I was missing the emotional connection. At the time, I was reconnecting with my African ancestry and finding a love for my own culture. As a kid growing up in Northern California, I grew up around a lot of white people and, as a result, the black people I met when I moved to Virginia did not accept the way that I talked or acted. I chose to explore my fears and concerns with my race and the gaming community combined.

2.) What’s your favorite RPG of all time?

My favorite RPG of all time is Earthbound. My favorite game of any other genre is Tetris Attack, cause I’m sooooo good at it.

I have been gaming for nineteen years now.

Now, since the work is so ingrained into my body (I know the show inside and out), I do run-throughs each week and try to add new things to keep it fresh. I also meet once a week with my director, Mischa Livingstone. He cast me after my first audition in LA, and we’ve been close ever sense. I also spend this time playing video games; it helps for research!

5.) How does it feel being a part of the Hollywood Fringe Festival?

I feel so blessed. The community is wonderful, and the love and support from my family and friends is even better. It’s nice, because when I’m asked what projects I am working on and I mention Fringe, it gets such a positive response – and a +1 in Respect.

6.) What do you hope people gain from I Wish My Life Was an RPG?

7.) Do you have any advice for young girls out there who may be going through some of the troubles of being a female geek?

If it’s negative, it’s not true. You are wonderful and amazing, and if no one wants to game with you, make your own raid. People will come, because they can see the light in you. And no matter what games you play and how often, if you have a passion for ANYTHING (games, anime, comics), be proud and know that you are a geek, gamer, nerd, or whatever you want to be!

Don’t let anyone tell you what you are and are not. Lots of gamers (male and female) want to challenge your geekdom and see if you’re really one of them or just one of the new geeks who say they are geeks because it’s the cool thing to do now. It’s called a Nerd-Off, and it’s ridiculous and created out of fear – now their sacred thing is public and no longer hidden – but that’s another story.

Either way, I say be who you are and stay true to yourself, because validation comes from within.

I am so happy to be working on this project, and I feel as though I am doing something useful with my artistic abilities. I want to create change in this world, and I know that I can. I started in college by performing with The Conciliation Project, a sociopolitical theatre company based in Richmond, VA. When I do panels with my group, Chocolate Covered Cosplay, we hold open dialogues about race and gender in the geek community. There is always someone who approaches us at the end and says, “Thank you for sharing, because I thought I was alone.” I want everyone to know that they are not alone. That is why I do what I do!