Review: Star Trek Into Darkness: Thrusters Were on Full!

Twenty minutes into Star Trek Into Darkness, and I knew I wanted to watch this movie again.

I almost hesitated to write this review, wondering if I was extremely biased by my love of Star Trek. This couldn’t possibly be one of the best movies I’ve ever seen; I must just be mistaken. And yet…this movie melted off my little nerdy face.

Could this be one of the best sci-fi movies of our time? Quite possibly. If you love the Star Trek franchise, go see this movie. It’s even better than the reboot. IT’S A SEQUEL THAT’S BETTER THAN THE FIRST. But that’s oddly appropriate, given the history of Star Trek movies. 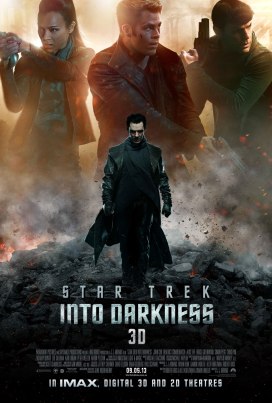 When the crew of the Enterprise returns from a “routine” mission, they find that all is not well at Starfleet, as they are under attack by someone within their own ranks. Kirk sets off on a manhunt into a war-zone to capture the bad guy…and then everything goes to hell in a handbasket.

The story was interesting and shocking in some ways, yet predictable and campy in others. I didn’t mind the camp of the main villain too much, because, after all, this is a movie based on an old franchise. As someone very prone to nostalgia, having villains who are a throwback to a bygone age in movies isn’t as big of a deal to me, although I know it will bother some people. 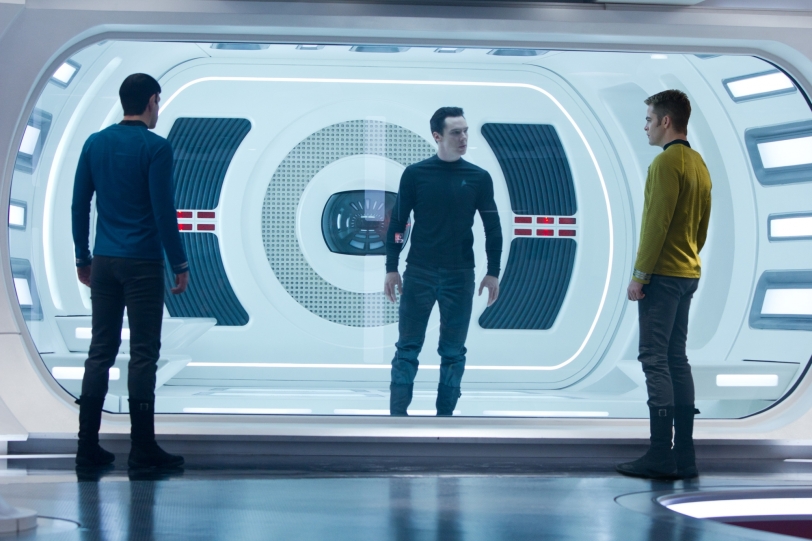 Another big issue with the plot is that it is clearly split into different acts, as opposed to feeling like one cohesive whole. On the other hand, this added to my feeling of having made a journey with the crew, of having been through a lot together. In that way, the movie is set up very much like a game, with quests needing to be completed before moving on to other quests. If that sounds boring or tedious to you, then you might not like this movie. For someone like me, who really enjoys the adventure, it was noted, but didn’t take me out of the film.

Rounding out the negatives are the odd moments of character highlights that seem important but are then never seen or heard from again, and the little movie logic decisions (movie sins, I believe the kids call them) that bug nitpickers about every movie.

But all-in-all, I found this plot compelling, exciting, intriguing, and wonderfully nostalgic. This movie was made for Star Trek fans, through and through.

The highlight of the movie for me is, of course, the greatest bromance of all time: Spock and Kirk. The interactions between them and the other cast members was just brilliant, especially the relationship between Uhura and Spock, the roles of everyone on the ship, and the wonderful Urban’s spot-on interpretation of Bones.

The only actor I did not really enjoy played the main villain, Benedict Cumberbatch. I found his lines over-delivered and far too Shakesperean compared to the rest of the movie. Sometimes the camera would zoom in on his face and I would laugh, it was that bad. 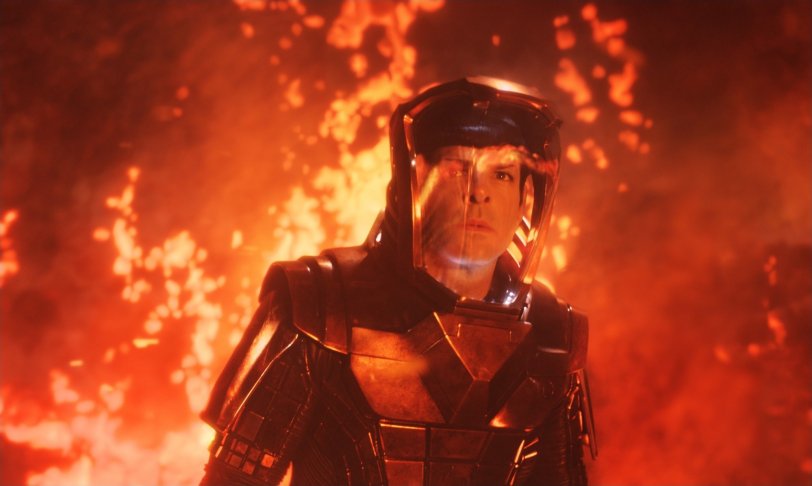 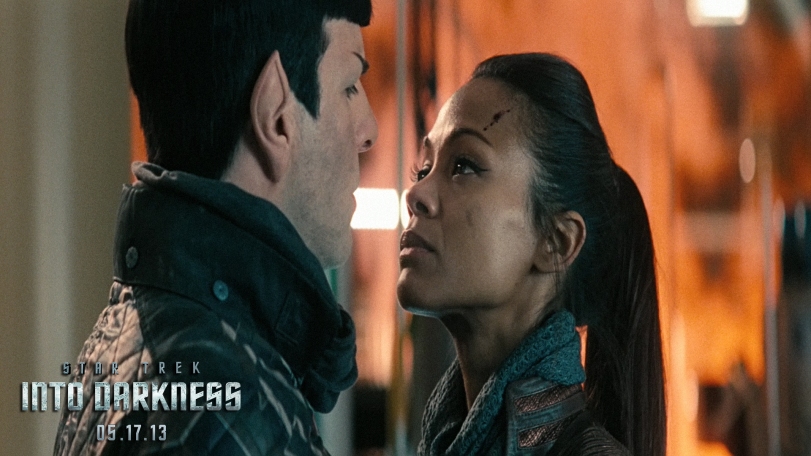 The art direction and special effects were gorgeous, fluid, and epic. Everything was beautiful, and even the 3D was used in a way that made sense. No complaints here!

Perfectly complimenting the visuals was the sound. Booming and precise, with hints of nostalgia. I enjoyed both the music and the sound direction.

Overall, the actors were great and the chemistry between characters was spot on. I loved all the little callbacks to the original series and movies, including little facial expressions, actual quotes, and even tableaus. Star Trek Into Darkness perfectly captured the excitement I felt when watching the original series, and I can’t wait to watch this crew’s next adventure.

2 thoughts on “Review: Star Trek Into Darkness: Thrusters Were on Full!”