The Return of Nerdy News Roundup

What’s up, losers! No wait, don’t answer that. I’m not sure I want to know. Anyway, did you miss me? I missed you. I’m sorry I’ve left you all alone with no exciting, poorly-written articles to read while I was on a random hiatus. But never fear, I have returned to you and shall hold you to my bosom like a beloved child once again.

Let’s get some news up in here!

All those games I know you preordered for the Wii U are shipping from Amazon. So, even though the actual console won’t be released until November 18th, you will still have all your games to stare at. And…hold. And do a whole lot of nothing with. Thanks, Amazon!

I would like to formally apologize to Peter Molyneux. I mocked him relentlessly in previous News Roundups about Curiosity – What’s Inside the Cube? “What is this dumb thing he is creating?” I asked myself. And now I am completely hooked on it. All I want to do is break the little boxes. For hours. However, “Curiosity” is not without problems. Servers are overwhelmed a good deal of the time, and when you leave the game, almost all of your coins disappear. Which is, you know, mildly annoying. I am also having an issue where if I accidentally tap the Facebook button, (which happens ALL THE GODDAMN TIME) I cannot get back to my game. I am perpetually stuck on a white screen. Which is infuriating, because then I have to close the whole application, re-open it, and hope it will connect me, and lose all of my coins at the same time. The studio, 22 Cans, has said they are working on fixing the issues. They apparently thought it would not be nearly as popular as it is. Neither did I, guys. 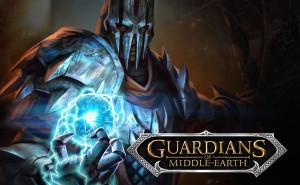 Guardians of Middle Earth, the fantasy game derived from the Lord of the Rings series, is set to be released on Xbox Live Arcade on December 5th, with the PlayStation Network version still having the original December 4th date.

Dishonored, my beloved stealth RPG, sold 460,200 copies in October. *sigh* It makes a momma proud. If you haven’t checked it out yet, you should definitely do so. Or at least read my review, geez.

You can play Borderlands 2 on your Mac starting on November 20th! And then, two days later, you will have something to say you are thankful at the table over your turkey. “Dear Jesus, we thank you for this meal, and also for Borderlands 2 on Mac. Amen.”

Battlestar Galactica: Blood and Chrome, the prequel series being presented in episodes on YouTube, released its first installment yesterday. As you can imagine, fans are ecstatic. The movie is following young William Adama during the first Cylon War, and he appears to be having some issues with his co-pilot officer, Coker. I have never watched the show myself, but I have heard awesome things from friends. If you’re a fan, definitely let us know what you think!

Bioware’s Casey Hudson says they want fan feedback for the new Mass Effect game that they are already working on. Having concluded Commander Shepard’s story, Hudson is sticking to the promise that they have a lot more stories to tell, and he took to Twitter to ask fans what they want to see. Well, what we wanted to see was a better ending to the conclusion, so we can understand why you might be nervous about a new game. Thanks for asking.

The Hobbit: An Unexpected Journey has already reached the number one spot in online tickets sales with more than a month left till release. It beat out Skyfall, which was released on Friday, and Twilight’s Breaking Dawn Part 2, which doesn’t come out until next week.

Speaking of Twilight, there’s another fanfiction book deal. One of the ridiculous series’s most beloved fanfictions, originally titled The Office, is being reworked and published as two separate novels. The first book will be titled Beautiful Bastard, with its sequel being called Beautiful Stranger. Excuse me, I just threw up in my mouth a little. The original fanfiction, written by friends Christina Hobbs and Lauren Billings, reimagines Edward Cullen as Bennett Ryan, a blunt, exacting boss to the Bella character, Chloe Mills, an intern at his company. It was downloaded over two million times before Hobbs took it offline in 2009. Hobbs and Billings will be publishing it under the predictable pen name Christina Lauren with Simon & Schuster. God help us all.

In happier news, the Lego movie, Lego: Piece of Resistance, has added Liam Neeson and Will Ferrell to its already insane cast list. Also a part of the film: Nick Offerman, Allison Brie, Elizabeth Banks, Chris Pratt, and Will Arnett. Holy crap. Also, Will Arnett is Batman. Get excited, people.

Finally, NASA pinkie swears, cross their hearts and hope to die, that we will set foot on the moon again. And also get onto Mars. And they are in the planning stages of building a moon base from which astronauts will be doing further explorations of the moon and nearby asteroids. The plans will be announced officially sometime soon, mostly because Obama was re-elected. Everything has been kept under wraps in case Romney, and the Republican party, won the election. Says John Logsdon, a professor emeritus at George Washington University, “The new plans have probably already been cleared with the Obama Administration, but have been kept under wraps in case Republican candidate Mitt Romney won Tuesday night’s (Nov. 6) presidential election.” Another reason to be glad Romney didn’t win! As if we are lacking those.

Anyway, hope you enjoyed your weekend, kids, because it’s almost Monday. But ah! It’s good to be back!