What’s So Great About the iPad Mini?

Apple has finally released a version of the iPad that we can tuck into our 8-12 inch carpenter pants pockets and carry around like an over-sized iPod. CNET covered it yesterday morning at 10AM PST. For those of who you have been living in your bedroom with the door closed, shades drawn, and nothing but the luminescent glow of your screen lighting your world, I am, of course, referring to the iPad Mini.

Like the recently released iPhone 5, the iPad Mini theoretically isn’t much to get in arms about: mind not blown. In fact, I think it will be quite some time before Apple will be able to come out with anything which scatters my cortex against the wall but, within its class, the iPad Mini is still pretty cool. 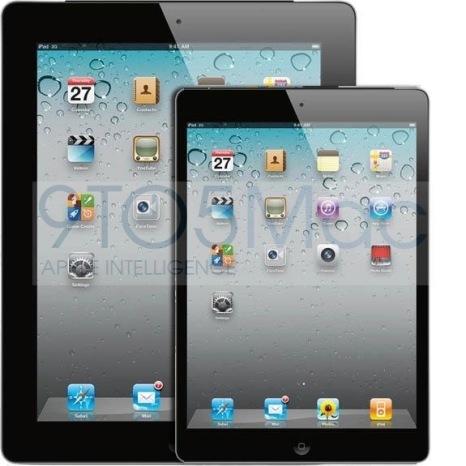 For starters, if you’re an Android fan, you don’t really need to read this. But if you’re a gal or guy who either owns an iPad or are a non-iPad owner considering buying one, here’s what will help you decide whether to buy the iPad Mini. First, what you need to compare here is only the regular iPad against its counterpart. Why am I not going to compare a similarly-sized Android or Windows tablet to the iPad Mini? Because I love Android and, until recently, never owned a single Apple product. Yet, after turning to the Dark Side, I’ve realized that it’s all about personal preference for the look and feel of the brand and products, not so much about anything else. So, if you want to compare it to some other tablet, just Google it.

That said, the iPad Mini is essentially just that, a smaller iPad. The iPad Mini is lighter and thinner, but has a combination of the same features from the iPad 2 and the new iPad: i.e. dual-core A5 Chip, iOS6, crappy Apple Maps, 5-megapixel iSight back camera, FaceTime, Siri, WiFi and 4G LTE capabilities, 10 hours of battery life, and Apple TV capability; everything you can enjoy with the recent iPads, so too will you with the iPad Mini, but its biggest selling point is the pricing. At $329, most will find the iPad Mini to be a steal, and it will certainly be a stocking stuffer this Christmas. How kind of Apple to do this for us lowly serfs who can’t afford the more expensive and bigger iPad for the minimum $499.

Now, you may not care about this, but the only thing the iPad Mini doesn’t have that the most recent iPads do (besides the new iPad’s dual-core A6X chip) is Retina Display! Why the f*ck not, right? Well, Apple’s excuse is that since it’s already 1.8 inches smaller, what we’ve got is the iPad 2’s 1024×768 resolution on 163ppi instead of 138, which is almost like Retina Display. Go figure! So, you’re telling us, for now, almost Retina Display is good enough, but in the same breath, when asked, will say Retina Display is better? Riiiight. In reality, where the rest of us live, we all know they’re just greedy money grubbers trying to squeeze every dime out of us with every new version of their product, usually with only a few improvements that should’ve appeared on its predecessor. Soon enough, we will suddenly hear some excitement about the iPad Mini 2, which is even smaller, (wow!) and then a year later the New iPad Mini, which will finally come with Retina Display, and slaves will, of course, happily oblige the insanity with their open wallets.

What else sucks? Well, this really only applies to Apple fans who own many Apple products, but the iPad Mini has the new 30-pin, double-sided Lightning connector. As you may recall, the only other Apple product which uses Lightning is the recently released iPhone 5.

So there you have it, folks. Apple is basically starting what I like to call an “Evolution Line,” which is when, after a half-decade of consistency in ripping people off in one way, they suddenly go nuclear and change the game by releasing their products with totally different accessible ports or other hardware or software to make them substantially different enough to create a rift between the past and the present. Imagine a recent generation of iPad 2-ers and iPhone 4S-ers versus the iPad Mini-ers and iPhone 5-ers. Imagine they are friends and one goes to visit the other’s house and suddenly his or her iPhone or iPad is dying. That’s where the unstoppable force meets the immovable object. I won’t even get into you iPhone 4S-ers who are eyeing the iPad Mini, because that’s another level of crap that nobody is ready for.

And so, with the iPad Mini, you will inevitably add to the glory of Apple’s overlordship, which will undoubtedly continue for years to come. But maybe you disagree with my cynicism. Comment below and let us know what you think of the newest iPad.