I’ll Remember this Wholesale: A Review of Total Recall 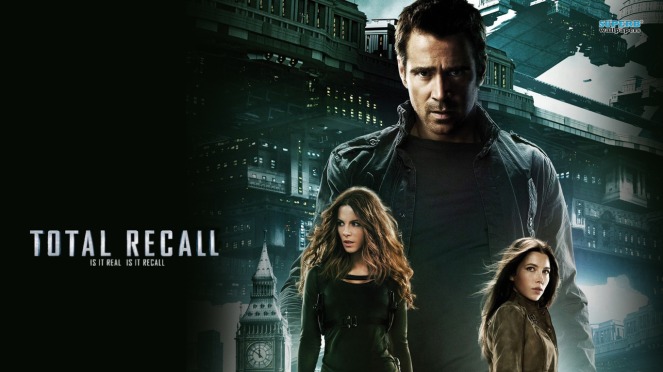 (Subtle, accidental spoilers may be present.)

I recently went to see Total Recall, the new movie directed by Len Wiseman and starring Colin Farrell, Kate Beckinsale, and Jessica Biel. For a little history, the original version is a short story called We Can Remember It For You Wholesale, by (my favorite ever) science-fiction author Philip K. Dick. It’s roughly twelve pages of fantastic awesomeness, a little action, and a whole lot of fascinating ideology. 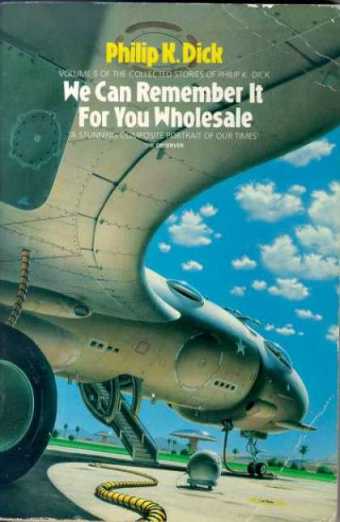 The second attempt was Total Recall, released in 1990, directed by Paul Verhoeven, and starring everyone’s darling, Arnold Schwarzenegger. (I HATE Arnold.) It was a love-hate sort of thing, and I might almost prefer 1990 to 2012, except for Arnold and ridiculous mutants. 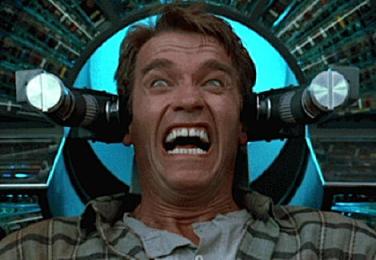 But the 2012 version is my primary interest here. It was touted not as a remake of the movie, but as renovation of the original short story. In actuality, it is nothing more than a modernization of the 1990 film.

I went in already disappointed. I love Philip K. Dick SO much, and I’m also a ridiculous purist who despises anyone and anything that tampers with my loves. If it were up to me, I’d pull a Holden Caulfield and put We Can Remember It For You Wholesale in a glass cage.

But I can’t. So here are my thoughts:

Cheap is the word that comes to mind. There was a serious lack of character development and depth. Not necessarily bad acting, just poor development. Thankfully, Farrell and Biel, who play Quaid and his love interest, Melina, had good onscreen chemistry, or it may have been unbearable.

Decent, but ultimately lazy. Several lines were practically word-for-word imitations of lines from the 1990 film. Not just lines of dialogue, but even entire scenes were pulled straight from 1990 with minor alterations. Lazy, lazy, lazy. It felt like they didn’t really care about any of the content as long as the action sequences looked good…

Ah, the action. If you watched the advertisements for this movie, you’d think it was all action. It’s not. There is some good choreography and a lot of weird camera work that’s especially noticeable in the action scenes. Fortunately, there are also some really cool moments, including one zero-gravity scene that was seriously kick-ass.

A direct offshoot of the action commentary is the editing. Oh God, the editing. In the words of AxlCalrissian, “It’s like half the editing team was perfect and the other half sucked.” … Yep. Some shots were great, dramatic, and effective. Others were cheesy, ridiculous, and distracting. Many of the action sequences came off as “video-gamey,” and were riddled with terrible use of “slo-mo.” Overall disappointing.

The atmosphere of the movie is generally pretty cool. The architecture of the Colony is heavily Asianic, the UFB sleek and modern. But while it looks cool, this was yet another area that felt lazy.

The Colony looks like something pulled straight out of Blade Runner. Sure, Blade Runner nailed Phil Dick’s universe and why mess with a good thing, but it felt alien and unnecessary in Total Recall. The synth warriors were highly reminiscent of Star Wars, essentially the Trade Federation Army decked out like stormtroopers. Even the soundtrack sucked, generally feeling stiff and often dubstep-y.

The majority of the depth in the storyline came straight from the brilliant mind of Philip K. Dick. The concept of Total Rekall, memory implants, secret agents, fantasies that are hidden memories – all Dick’s. Other nice touches; the opening scene, the “twist”, and the double love interest were all copied from the 1990 film. Virtually no mention of Mars at all, a pretty important detail in the other versions. Key word here: lazy. Almost everything interesting was just borrowed from an older version and repackaged with better effects and higher quality film. They did add a pretty cool backstory to explain the state of affairs on planet Earth. 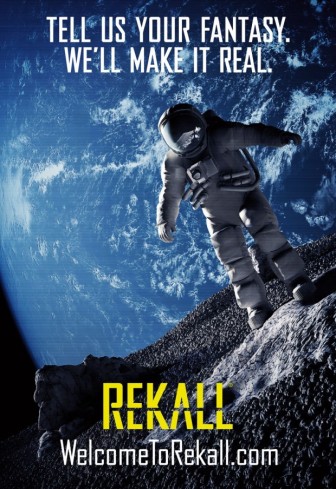 Total Recall has moments of brilliance and moments of vomitus distaste. There was so much potential for this film – a great story already written, two hours of twenty-two year old mistakes to avoid…it should have been easy. Instead, it’s a film compiled of elements from its predecessors, thrown together and shaken around. The second half of this movie is way better than the first, and the “twist” is a little different than the Schwarzenegger version. There’s enough good stuff in this movie to make it bearable, even enjoyable if you haven’t seen the first one or read the short story. I didn’t hate it, but I hope to never see it again. It’s different enough to stand on its on own and hopefully generate some interest in good, old-fashioned science fiction reading.