Intergender wrestling is a pretty polarizing topic. One need only head over to Twitter to witness the fiasco with Eli Drake and Tessa Blanchard to see the latest example of outrage. 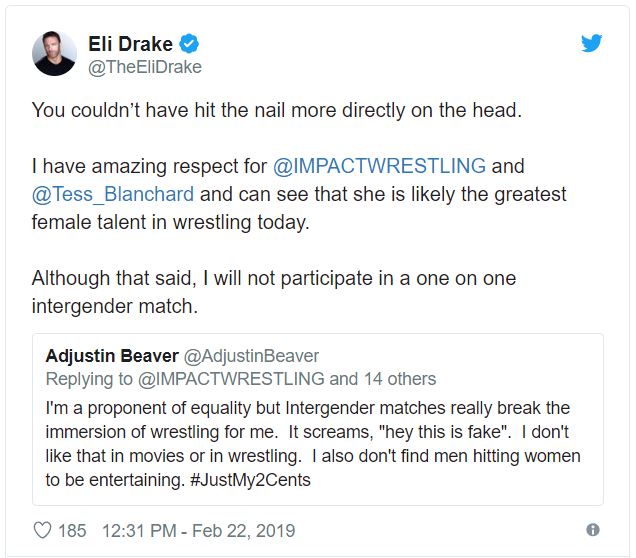 Critics of intergender wrestling compare it to domestic violence, and claim young men will see it as an invitation to hit women. Other fans state that it takes them out of the moment, causing them to remember that wrestling is “fake.” On the other hand, proponents of intergender wrestling point out that when men wrestle smaller men no one seems to have a problem with it, and that by choosing to step into the ring, women make it clear that they are not being “assaulted” by their male opponent.

Since March is Women’s History Month, it seemed only right to bring up another point that’s often left out of these arguments: intergender wrestling is actually the oldest form of women’s wrestling in the U.S.

The Mother of Women’s Wrestling

Mildred Burke got her start wrestling in the 1930s, wrestling for her husband Billy Wolfe, who used to take her to carnivals and offer $25 to any man who could beat her. No man could. The story of how their partnership came to be began shortly after Burke gave birth to a son. She begged Wolfe to teach her to wrestle, but he refused. One day, he gave one of his students a bribe to beat up Burke, while pretending that he had agreed to train her. The student tried to slam Burke into the mat, but she instinctively spun out of his hold, picked him up, and body slammed him to the ground. Her defeat of a male opponent wasn’t fake, it wasn’t scripted: it was the real deal. 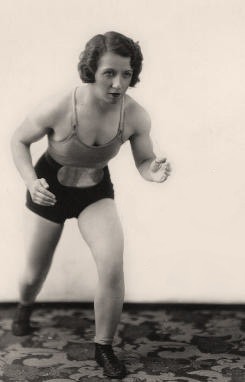 Although they eventually helped create women’s wrestling in the United States, Burke estimates that she wrestled more than 150 matches against men in her life, losing only one. That’s quite a lot of intergender wrestling! It’s especially amazing considering her very first match was when she still had a son young enough to breastfeed.

Mildred Burke was not alone. Wolfe recruited other women and had Burke teach them, as he was a true scumbag and wanted to get rid of her and find someone more pliable to work with. Burke had a fascinating life and at one point claimed to have made $50,000 in the late 1930s. All while wrestling male and female opponents.

As Tamara and I mention on Women Wrestling Friends Podcast all the time: there are women large and/or strong enough (such as Charlotte Flair, Aja Kong, Jordynne Grace, and Tess Blanchard) to look like legitimate threats to small-to-average sized male wrestlers. If you don’t think Ronda Rousey could defeat Finn Balor in a real fight just because he has abs, it means you don’t actually understand how fighting works. 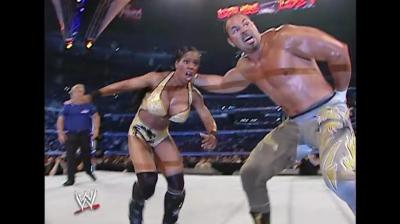 As a wrestler myself, I am pro-intergender wrestling. I’ve grown up seeing smaller opponents beat larger ones (Rey Mysterio, anyone?), and I also know that there are several men in my life who I could legitimately tap out. Knowing that a grandma like Burke was also shoot (that’s wrestler slang for “real”), defeating the men who thought she’d be a pushover because she was 5’2″, brings me immense joy.

There is Wrestling for Every Type of Fan

But, here’s the best thing about pro-wrestling: there’s something for everyone. If you loved the days when women were smashed through tables from the top rope, if you prefer serious, shoot style wrestling, if you like hardcore, if you prefer it all in the ring and by the rules, no women in your wrestling, no men in your wrestling: there is a promotion out there for you to enjoy! Tools such as Twitch and other video apps have made indie wrestling more accessible than ever. So go out there and enjoy intergender wrestling! Or not! I’m not your mom.