This year for GOTY season, I wanted to expand my list a bit and cover all my favorite pop culture!

Best Game I Wanted Nothing To Do With: The Elder Scrolls V: Skyrim Special Edition 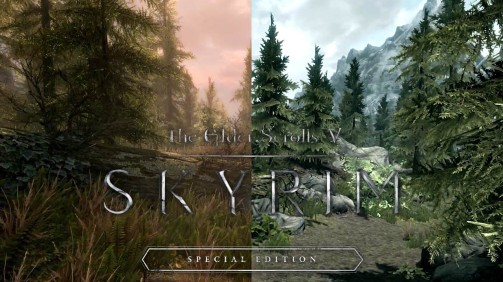 I’ve tried on numerous occasions to play Skyrim; however, each time I played the game, it ended with boredom and sheer frustration. On the contrary, I became incredibly obsessed with Fallout 4 when it was released last year. Following the release of the Special Edition, which I was given for free because I owned the Legendary Edition on Steam, I tried yet again to play the famous game, but to no avail. While I believe it’s a great game, and have been surrounded by people who praise it, I wasn’t terribly excited to play the Special Edition. I hope someday I can see the game for everything it’s worth. 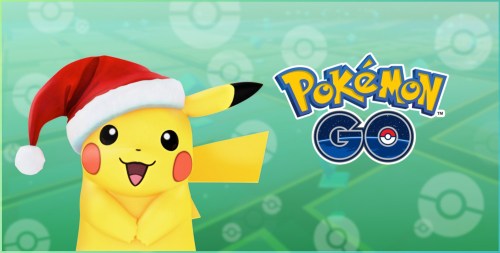 One of my favorite parts of the holiday was catching the Pikachu with a Santa hat!

I bet most of you can agree with me on this one, although there may be some who don’t. Pokémon GO hit the world by storm in July 2016. I never played any Pokémon games as a child, and didn’t believe that Pokémon GO would be a game I’d be interested in playing; however, there’s just something about catching virtual creatures in your own physical world that caught my interest. I soon found myself able to name all the generation 1 pokémon and walking miles with co-workers in the scorching sun to catch the sought-after creatures.

The starter Pokémon for Sun and Moon!

My love for Pokémon GO fueled my desire to purchase Pokémon Moon. I was consistently asking which pokémon were new to the game and which ones were featured in previous games; however, this didn’t hinder my experience. I chose Rowlet as a starter pokémon: a cute little barn owl (I’m obsessed with owls). The first island in the game seemed to be catered towards new players like myself, which made the game easier to follow. The game also added a new feature, which I loved, where you can play with and care for your pokémon. Let’s say they added a Tamagotchi-like feature to the game.

Movie of the Year: Rogue One: A Star Wars Story

I haven’t been a Star Wars fan my whole life. In fact, I didn’t even see The Force Awakens in theaters and waited to get it from Redbox. This is partially because I am not a fan of going to the movies, but I took a chance with Rogue One. I’ll admit that I was a little hesitant at first, but it turned into the best movie I’ve seen in a long time. Rogue One had great characters and plot, and was very well done overall. It truly felt as though this movie fit between III and IV, which was something I didn’t expect.

Tabletop Game of the Year: Magic: The Gathering 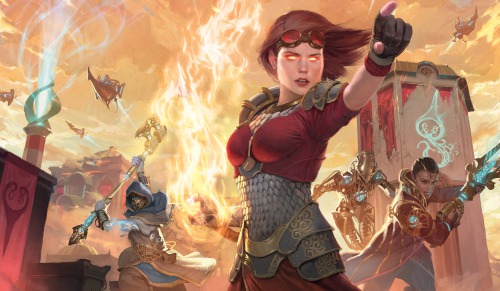 Aether Revolt will take place in Kaladesh, the home of this Planeswalker: Chandra Nalaar.

Magic: The Gathering is a card game I used to play in high school, but got back into this year. In case you’re unfamiliar with it, Magic: The Gathering is a card game that you can play with any amount of people, and it’s simple to learn. And as a bonus, some of the cards can sell for a lot of money. I’m eagerly awaiting the release of the new set: Aether Revolt, scheduled for January 2017. To learn more about the basic mechanics of the game, go here.

Most Anticipated game of 2017: Diablo 3: Rise of the Necromancer DLC

Character designs for the male and female Necromancer

I waited months for an announcement to be made at BlizzCon regarding the future of Diablo 3. I was continuously reading articles about how the Diablo franchise would be getting something new. The game will be a receiving a Necromancer class. I’m so excited to play new class in one of my favorite games, and it’s scheduled to be released in 2017. To view the trailer, click here.

For all of Nerdy but Flirty’s end of the year/GOTY 2016 coverage, click here!