Virtual Reality in the Horror Genre

Virtual reality has a surprisingly long history, as the earliest VR technology dates back to the late 1960s. Both NASA and the military hoped to use virtual reality for training, but the simulations literally made people ill and the helmet was extremely heavy. This state of affairs lasted for decades, and it’s only recently that developers of VR technology have solved its various problems. The main beneficiaries, however, are filmmakers and game designers.

Virtual reality uses computer technology to create an extremely convincing three-dimensional environment. VR involves immersion, the feeling of being part of the simulated world, and interaction in which the user’s movements in the real world are mirrored in the virtual world. For example, if the user raises their right hand, so will their avatar. The user can also explore the VR world and even manipulate objects within it.

A few people have used VR for educational purposes. Vrse.works, for example, is a production company specializing in VR movies. It collaborated with the UN on a movie called Waves of Grace about a Liberian woman named Decontee Davis who had survived the Ebola virus and is now immune to it. The film uses VR tech to show Liberia from the POV of a local to provide firsthand experience. Other industries will also be able to use VR to their advantage. Those in healthcare will be able to use VR for therapy and training and professionals in architecture, home security and interior design will be able to plan and execute projects without even touching their pencil to paper.

VR’s immersive qualities make it very adept at triggering strong emotions in the user. It therefore lends itself to horror, for VR can make the user feel as if they’re really in the abandoned insane asylum or haunted house – and that they’re really being threatened by the zombie or maniac. The user’s ability to interact with objects, people and monsters makes the VR scenario even more convincing and horrifying.

Guy Shelmerdine, a director who has worked with Vrse.works, has made a VR horror movie called Catatonic which is set in an insane asylum. He also designed a wheelchair equipped with a “Buttkicker,” which is a gadget that jostles the player’s seat in racing video games. The wheelchair is supposed to give the viewer the sensation of being pushed around by an orderly in the asylum.

Facebook bought a VR company called Oculus in 2014 that has since made the Oculus Rift, a VR headset that’s expected to become available in early 2016. It’s already begun making movies that can work with the headset. The first one is a movie called Banshee Chapter which is based on an H.P. Lovecraft story, From Beyond. In the move, a journalist uncovers a government conspiracy involving monsters and mind-altering drugs. The film’s director, Blair Erickson, has claimed that any 3D movie could be tweaked to work with Oculus Rift. 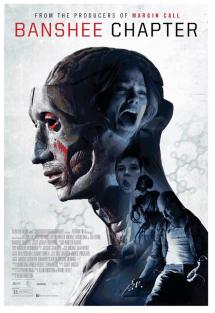 Project Morpheus is an upcoming VR headset that will be used with PlayStation 4. One game it can be used with is The Kitchen, a tech demo set in the titular room of a haunted house. The player is setting down in real life – while their avatar is tied to a chair in front of a camera and a wounded man in the game. Chris Jager, a writer for Gizmodo, got to try the game, and he reported that his leg actually spasmed when the game’s antagonist stabbed his avatar in the thigh. Being in the action as opposed to watching it had triggered a visceral response despite his awareness that he was playing a game.

Denny Unger, who works at Cloudhead Games, worries that such verisimilitude could have lethal consequences. He believes it’s only a matter of time before somebody dies while playing a VR horror game. An ordinary horror film or game can make a person’s heart race. A VR game, as Jager reported, would have a more intense effect. Imagine what might happen if somebody with a heart condition played a VR game.

Despite the risk of literally scaring people to death, makers of horror films and games will doubtless exploit virtual reality. Some of these games will use increasingly sophisticated techniques to entertain and frighten users. An upcoming game, Narcosis, which can be played with the Oculus Rift, turns a player’s peripheral vision against them. Seeing a potential threat out of the corner of one’s eye can be worse than seeing it head on, and the game designers know that. Despite some concerns about its safety, virtual reality is here to stay.

One thought on “Virtual Reality in the Horror Genre”