It’s Valentine’s Day, and for all you ladies who don’t have a man/lady, or maybe have a man/lady but they’re not around, or have a man/lady but eff them you’re going to take some much needed “me” time, we’ve got this list of delicious romance novels to pair with your glass of champagne and chocolate covered strawberries. And, the best part is, these books are actually great books!

This book by Jacqueline Carey is so fantastic. It’s an epic fantasy, set in skewed Renaissance times, about a girl born with a scarlet mote in her eye. Marked by one of their gods, she feels pain as pleasure. Raised to be a courtesan spy, she goes on an insane adventure as she navigates the political minefield of courtly life. Kushiel’s Dart is incredibly well-written, and I think it’s even better than Game of Thrones. Basically, if you haven’t read it, go out and buy it right now. Even if you’re not into romance novels, this is just a good book. But if you’re into romance novels, it has some fantastic sexy times. I still have a crush on the main guy character. Uh, swoon. 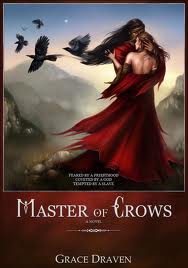 I read this book by Grace Draven a while ago, and it stuck with me because I really enjoyed it. It’s about a slave who has been sent to spy on the powerful “master of crows.” If she manages to uncover him plotting treason, she’ll be rewarded with her freedom. Not complicated…until she falls for him. The characters are really interesting, and they don’t fall into the tropes of romance novels. I devoured this book in a mere day or two. Oh, and the sex scenes are hot. 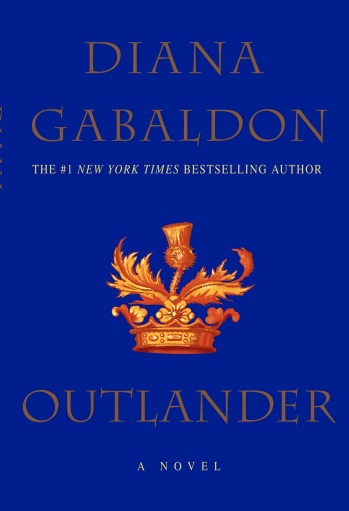 This one, by Diana Gabaldon, is a classic. It’s about a war nurse in 1945 who’s on vacation with her husband in Scotland when she gets thrown back in time to 1743. Once there, she meets a dreamy man, and she has to choose between him and the life she was torn away from. Definitely a good book, and the details of life in both times are fantastic. I loved reading about the differences between 1945 medicine and 1743 medicine. The romance is steamy, and the story is awesome. Oh, and Starz is making a TV series out of it. You better read up so you can watch this sexy man play a super sexy lead role!

Here’s another classic. This is the beginning of an ongoing series by Laurell K. Hamilton about Anita Blake, necromancer and vampire hunter extraordinaire. She’s so good at killing vampires that they call her the Executioner. But, vampires are now protected by law, so unless they do something against the law, she’s sticking to practicing necromancy — until the most powerful vampire in the city comes to her for help, asking her to find out who’s been killing off vampires. To make things more complicated, the city’s second in command is interested in more than Anita’s professional skills. Warning: there are NO sexy times in this book. But the series is fun and interesting, and there are sexytimes later in the series, don’t you worry. This is one of the original vampire hunter series; Guilty Pleasures came out in 1993! Pretty awesome!

The Other Boleyn Girl

Aha! And here is a true historical fiction novel for you! The book, by Philippa Gregory, is all about Mary Boleyn, the sister of Anne Boleyn (you know, the one who married and was eventually beheaded by England’s King Henry VIII). She comes to court at age 14 and falls in love with the current prince, Henry. But eventually, as his interest wanes, she is forced to step aside in favor of her younger sister and biggest rival, Anne. Fun, well-written, and full of intrigue.

So those are my picks! Happy Valentine’s Day to everyone! What are your favorite romance novels?